The history of the Petit-Montrouge neighborhood in 3 emblematic sites

The Petit-Montrouge borough in the 14th arrondissement takes its name from the neighboring commune of Montrouge, of which it was part before its annexation by Paris in 1860. It boasts particular architectural features characteristic of the southern part of the capital, unaffected by Haussmannian-style buildings, with many individual houses and villas. More commonly known as the “Alésia neighborhood,” this area is well worth a visit. 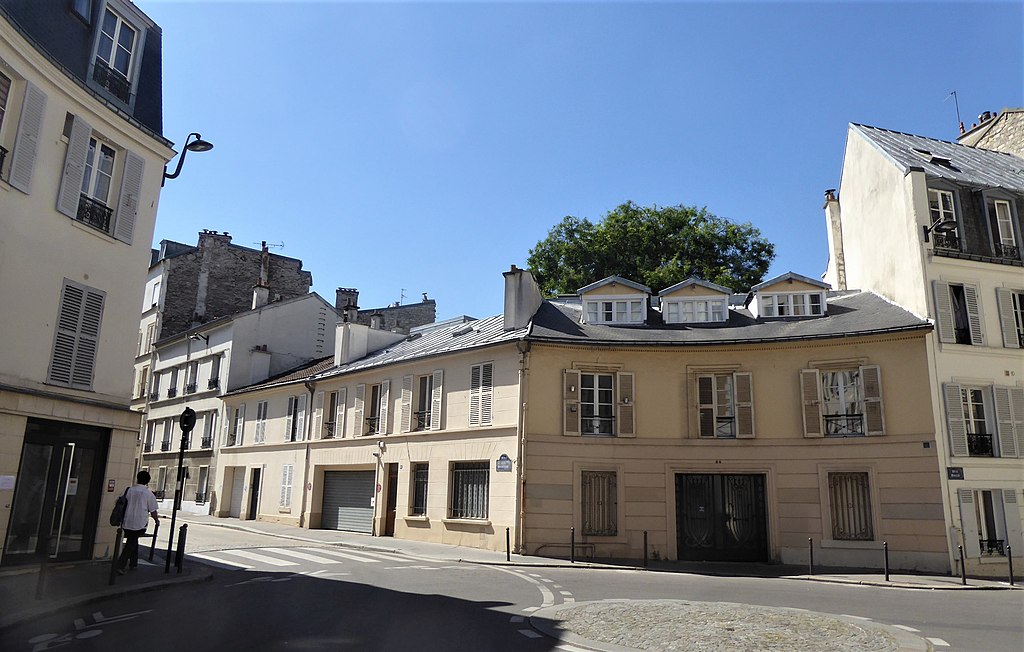 The former town hall of the quartier Alésia, at place Michel Audiard.

In 1826, the company Javal Frères acquired a piece of land called “le Clos des Catacombes”. They created a subdivision of small low-rise houses with gardens in the back. Called “Village d’Orléans,” the neighborhood was intended for the bourgeois population in search of some peace and quiet, with interior regulation prohibiting noisy businesses and prostitution. The former town hall of Petit-Montrouge, situated at place Michel Audiard, still exists today, as well as the Villa Hallé, which was dedicated to the owners when the village was created and used as a private exit.

The Duke of Vallière, great-nephew of the Duchess of the same name (famous for having been Louis XIV’s first mistress), owned a property in Petit-Montrouge. This parcel of land was bought in 1895 by Adrienne Desmond for the construction of a rectangular building complex around a 3,500 m2 garden-courtyard. The brick and stone façades of the buildings, reminiscent of the Art Nouveau movement, once sheltered the property’s children at play from the hustle and bustle of Paris. The buildings’ staircases bear the names of famous thinkers from the arts or sciences (La Fontaine, Molière, Racine, Lavoisier, Berlioz, Pascal…).

The regard de Saux, part of the system of aqueducts constructed by the Medicis.

This “royal house of health”, founded in 1780 by Louis XVI, was intended to receive sick and destitute soldiers and clergy. Built on la Barrière d’Enfer, the former southern gate to the city of Paris, the hospital was requisitioned during the Revolution and functioned as a hospice. Behind it, you can see one of the entryways to the Médicis aqueduct system, the regard de Saux, commissioned in 1623 by Queen Marie de Medici to supply Paris with drinking water. These entryways provided restricted access to the aqueduct’s underground tunnels. There are only two other entrances left in the capital: le regard du jardin de l’Observatoire and le regard de la Maison du Fontainier.

The most colorful streets in Paris
Parisian architecture is gorgeous with its Haussmannian buildings, but its streets tend to be rather neutral compared to other large European cities.  Paris being Paris, however, the capital of course boasts some colorful hidden gems, discoverable thanks to vivreparis.fr, who’s put together a list of the city’s most colorful streets.  Now’s the perfect time to […]
Search
Find us on
Facebook
Get the PPG Monthly newsletter