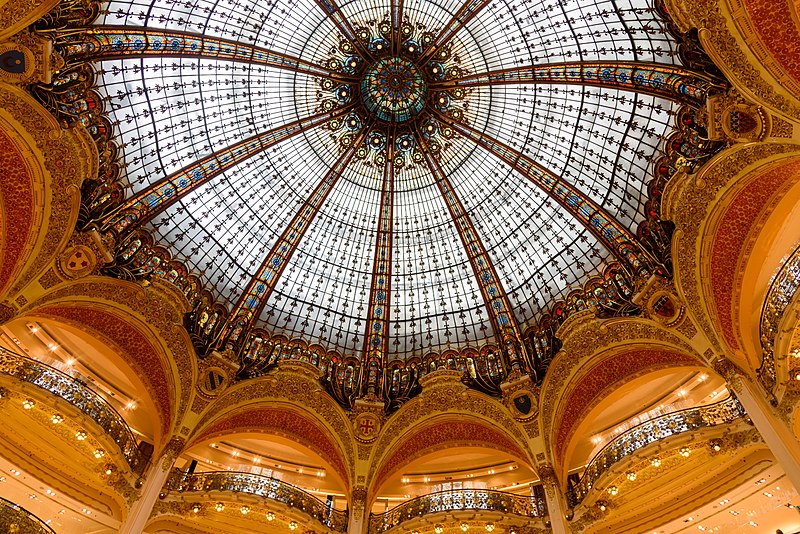 The history of Paris’ grands magasins

Since their creation, Parisian department stores have always been at the forefront of progress and innovation in the capital, benefitting from 19th-century technological evolutions as well as the widening of Paris’ boulevards under Baron Haussmann.  Although les grands magasins are an integral part of the city’s celebrated heritage, many are unaware of the humble beginnings that gave rise to these imposing establishments.  Read on to uncover the history behind Paris’ four major department stores: Le Bon Marché, le BHV Marais, Printemps Haussmann, and Galeries Lafayette Haussmann.

The oldest Parisian department store, Le Bon Marché was initially created in 1838, when Paul and Justin Videau opened up a shop where customers could find various household items and sewing tools.  However, it was Aristide Boucicaut who made the store what it is today. In 1853, he joined forces with the Videau brothers and decided to create a department store designed with a female clientele in mind. Over the following years, Aristide and his wife bought out their partners’ shares, expanded the store, and organized their products in an appealing, customer-friendly way.  Over the years, Le Bon Marché will introduce and popularize other concepts tied to the shopping experience like a satisfaction guarantee, the possibility of exchanging items, trying on clothes before buying, and of course les soldes, the infamous bi-annual sales throughout France.  The department store even inspired Emile Zola’s 1883 novel Au Bonheur des Dames. 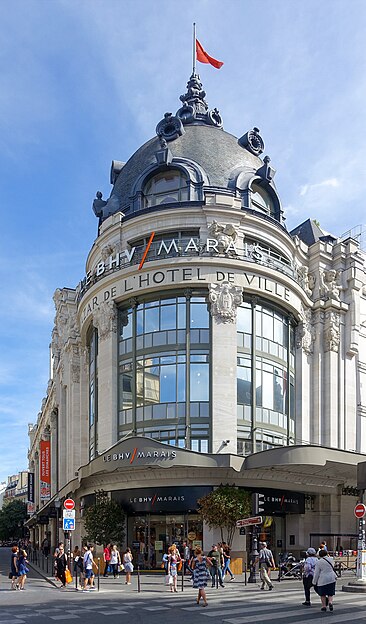 Le Bazar de l’Hôtel de Ville was created in 1852 by Lyonnais shop-keeper Xavier Ruel.  Although the most profitable of all his Parisian businesses, the BHV owes its true success to a seemingly insignificant turn of events that will allow Ruel to expand his store considerably.  Legend has it that in 1855, Empress Eugénie, wife of Napoleon III, was passing by the store with her horses when they suddenly spooked and reared up, causing a general wave a panic in the vicinity.  Enter Xavier Ruel, who succeeded in calming the horses and restoring order.  The Empress rewarded Ruel for his act of service with a sum of money, which he then used to invest in the expansion of his shop. This marks the true beginning of the growth and prosperity that the BHV Marais knows today. Later on, in the first half of the 20th century, Ruel’s grandson will take over and the department store will begin to sell clothes and accessories, before diversifying even further over the years. 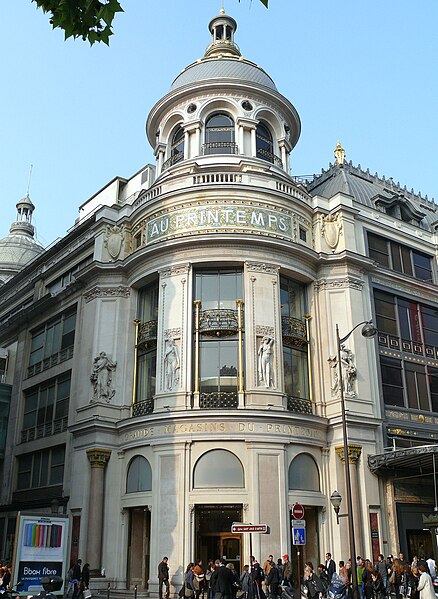 Although there are several Printemps department stores throughout the capital, the boulevard Haussmann location is undoubtedly the most legendary of all. It is also the first of the group to have opened its doors, in 1865.  At the time, the area around boulevard Haussmann was minimally developed.  This didn’t stop entrepreneurs Jules Jaluzot and Jean-Alfred Duclos from taking on the challenge of setting up their store there, specializing in the sale of fabrics. The quality of their products led to notoriety throughout France and their low prices produced loyal customers. Over the years, the store expanded and became one of the most elegant in the capital. The store has been classified as a historical monument since 1975. 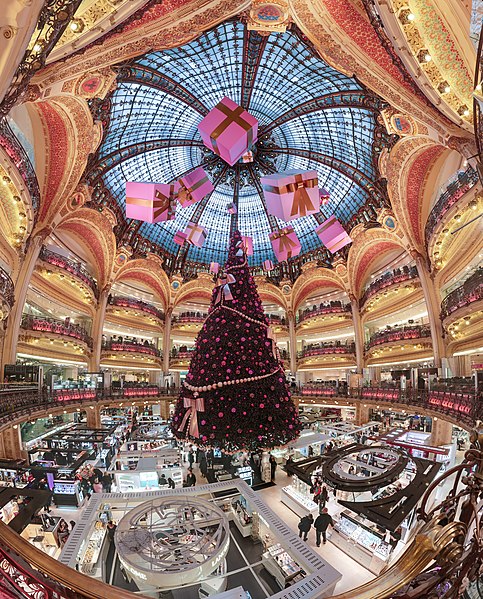 Neighboring Printemps Haussmann, Galeries Lafayette was created a few years later, in 1894, when Alphone Kahn and his cousin Théophile Boder took over a retail business located at 1 rue Lafayette.  Over the following years, the area became more and more lively, pushing both Galeries Lafayette and Printemps Haussmann to expand along the boulevard.  The store’s celebrated 43-meter high dome ceiling will be built further down the road.

These days, Galeries Lafayette Haussmann is the most-visited of all of Paris’ department stores, attracting curious visitors as much as it does shoppers.  Guests are content wandering amongst the many displays, admiring the breathtaking, Art Nouveau dome ceiling, and winding their way to the rooftop to admire the spectacular view of Paris.  During the holiday season, magical window displays delight both adults and children, while inside, a massive, ornately decorated Christmas tree hangs suspended above the kiosks on the ground floor.

For more about what’s ahead for Paris’ grand magasins check out this New York Times article that quotes Paris Property Group‘s Kathryn Brown.