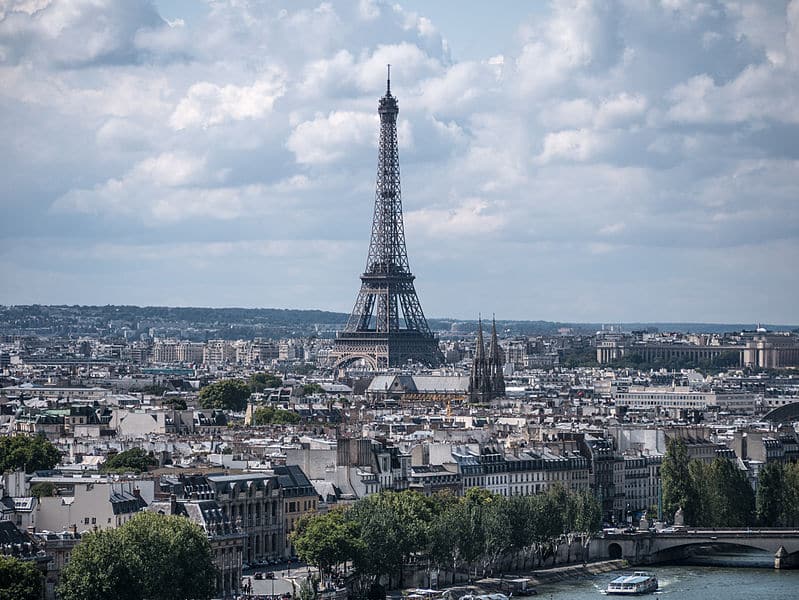 The Eiffel Tower’s 130th birthday: a look back at her creation

Each day on the esplanade of the Trocadero or on the lawn of the Champs de Mars, hundreds of tourists photograph Paris’ Dame de Fer, the Eiffel Tower.  This symbol of France has graced us with her presence for 130 years now, but why and exactly how was she built?  In celebration of the anniversary of her inauguration on March 31st, 1889, let’s take a look back at the history of the construction of this world-renown monument.

The birth of the Tower

In preparation for the World’s Fair of 1889, a year marking the centenary of the French Revolution, the French Journal Officiel announced a major architectural competition: officials are looking build “a square-based iron tower on the Champ-de-Mars, 125 meters wide and 300 meters high.”

The Eiffel Company, who at the time specialized in bridge-building, decides to compete.  The team’s two main engineers, Émile Nouguier and Maurice Koechlin, imagine a tower with four latticed feet spread apart at the base and joined at the top, like a sort of pylon, linked together by metal beams arranged at regular intervals.  This original idea will later be redesigned by architect Stephen Sauvestre.  Although today’s tower is less ornate than the one conceived by Sauvestre, it is his design that receives Eiffel’s seal of approval for entry in the competition.  Chosen from 107 projects, the team is selected as the winner of the competition. 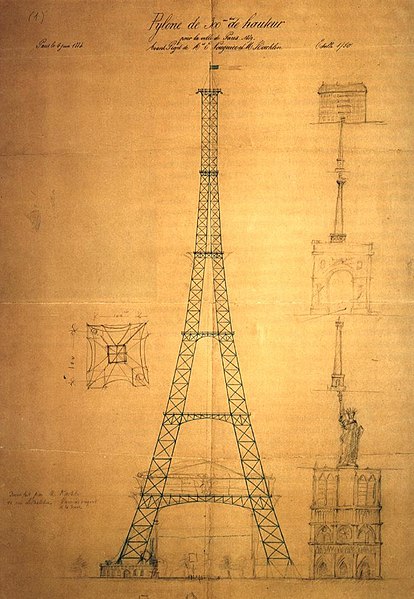 Construction started on January 28th, 1887, with the foundation of the edifice built in only five months.  As for the actual tower, its 18,000 metal pieces were made by 150 workers at the Eiffel factory in Levallois-Perret and transported by carts to the construction site.  The on-site team, ranging from 150 to 300 workers, then assembled the pieces using around 2.5 million rivets!  Wooden scaffolding and small, mobile steam cranes attached to the tower itself allow the team to work from dizzying heights.  Parisians watch as the tower seems to grow overnight. 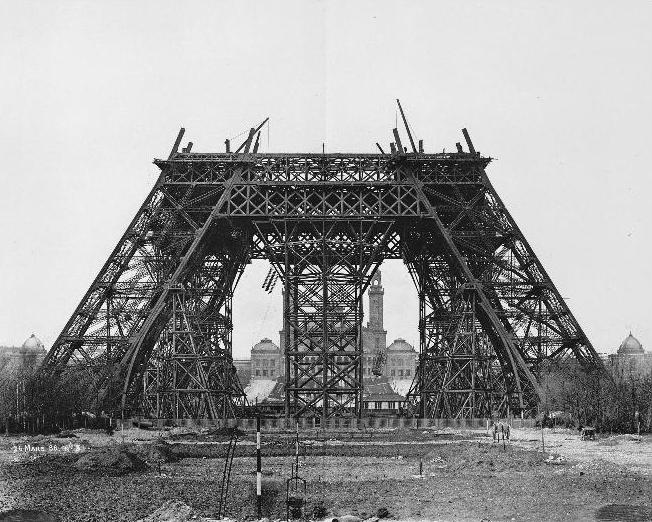 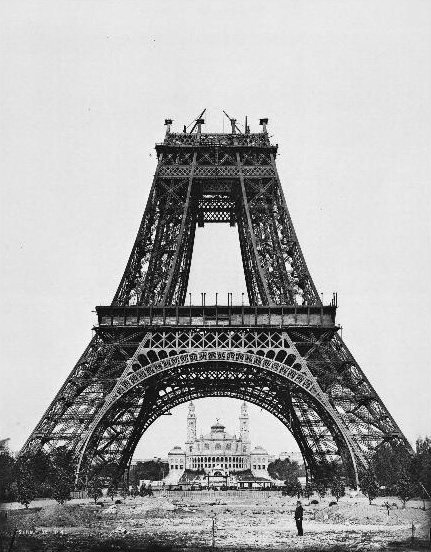 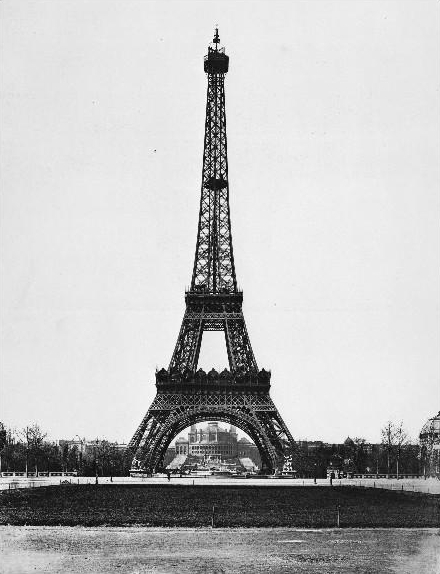 Assembly was completed once and for all on March 31st, 1889.

After only 21 months, the monument is completed in record time: 2 years, 2 months and 5 days, an impressive technical feat.  On March 31st, 1889, the Eiffel Tower is inaugurated, just in time for the Paris World Fair.

Debates and controversies during the construction period

Even before its construction was completed, the Tower received heavy criticism.  Work had barely begun when the newspaper Le Temps published “La protestation des artistes” on February 14th, 1887: a formal letter of complaint against the construction of the tower signed by some of the greatest names in the world of literature and the arts at the time, including Charles Gounod, Guy de Maupassant, Alexandre Dumas Jr., François Coppée, and Charles Garnier.

On-site workers, as well, engaged in their own form of protest.  Arguing for a pay raise in response to long hours and risky working conditions the higher they progressed on the tower, workers went on strike in September 1888. Gustave Eiffel, who initially argued against their case, eventually cedes to their demands and grants them a salary increase.

Once the Tower is completed, dissidence dies down in the face of the undeniable presence of the finished work and the immense popular success it received during the Paris World Fair of 1889.  The Iron Lady welcomed two million visitors during the event and Gustave Eiffel received the French Légion d’honneur on the narrow platform of the summit the day of completion.

These days, the tower remains one of Paris’ most-visited sites and has become a symbol of France.  Considerable plans to renovate the area around the tower to improve visitor experience will be completed in time for the 2024 Olympic Games.