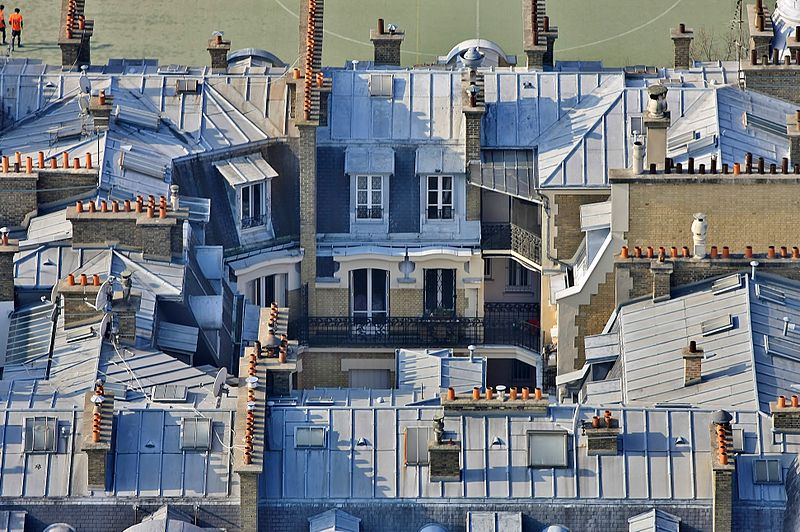 The Brexit effect on French luxury real estate market in 2019

After a dynamic 2018 year, the French luxury real estate market continues its upward climb, benefitting more and more from the marked return of French citizens, non-residents, and Europeans from London.  With their substantial buying power, these groups have contributed to price growth in the capital.

It’s the new normal: the number of French citizens and Europeans relocating from London to Paris since Brexit has continued to rise.  Brexit has had a significant effect on the Parisian market and its adjacent western suburbs. Purchases made by French people coming from London due to the relocation of their offices to Paris has represented a growing portion of sales.

The majority of these Brexiters have purchased family homes between 1.5 and 3 million euros, both in Paris proper and in Neuilly-sur-Seine.  “They are often families with children, mainly searching for apartments between 140 and 180 m2 with a double living room and three bedrooms,” details Charles-Marie Jottras, President of Féau.  “These households borrow under optimal conditions and many of them have put their London apartment up for sale in order to finance their Parisian purchase,” he continues.  One of their essential search criteria is proximity to good schools.  “When these families don’t have the budget to buy in the 7th, many head toward the 16th, in particular to Passy or Auteuil or Neuilly,”  Certain suburban communes, like Saint-Germain-en-Laye, have also attracted buyers with their international schools.

In the 8th, 16th, and 17th arrondissements, as well as in Neuilly-sur-Seine, Brexit-fleers have contributed to between 8% and 12% of apartment sales within the past six months.  In the Marais, as well as in the 6th, 7th, 9th, and 18th arrondissements of Paris, this group makes up 5 to 10% of apartment sales.  The trend first took shape around May and June of last year, and operations have continued to multiply since September.

The arrival of this specific client to the market, boasting a total buying power much higher than that of the average Parisian, contributes to rising real estate prices  within these arrondissements.  Additionally, these new buyers accentuate the surplus of demand in the capital against short supply.

“In the Martyrs-Montmartre area, it is no longer possible to find acceptable housing for less than €12,000/m2,” remarks Thibault de Saint-Vincent, President of Barnes.  “In the Marais, the market is as fluid, with 22 sales this month alone, a quarter of which were made by buyers from London,” he continues.  Many price records concerning luxury apartments have been beaten as of late, including the €20,000/m2 mark in the 18th in Montmartre and the €25,000/m2 bar in the Marais.

Those homes sold at more 1.5 million euros, the bulk of the high-end residential market, are for the most part localized within the central and western arrondissements of Paris, notes CBRE, among them, the revitalized 16th.  Neglected over recent years, the 16th now attracts families because the price/quality ratio has become very favorable.  What’s more, this arrondissement holds the greatest concentration of large family apartments at more than 200 m2.  But what’s really seducing buyers more and more these days, is the historic center of the capital and the those areas that are lively and vibrant, with shops and local restaurants.

The paradox is that the more Paris becomes a world megalopolis, the more buyers seek a village-like atmosphere.  Next to those areas that are already among the most expensive in Paris (the 1st; the Marais, straddling the 3rd and the 4th; and the very beautiful 9th), the principal opportunities are found in ‘trendy’ areas, notably South Pigalle or the Upper Marais.  Also trending is the 10th and the 11th, many luxury real estate networks having attested to a rising demand in these neighborhoods, including Barnes, which notes that the Hauteville Paradis corner of the 10th in particular has attracted buyers.

On the ultra-high end side, meaning for those transactions between 10 and 50 million euros, we have seen surprising activity, the strongest in the past 20 years.  Americans in particular are returning to France in droves, mainly thanks to a thriving economy.  Middle Eastern buyers are searching for good, long-term investments, whilst Chinese investors seem to search for alternative investments.  These buyers are very selective: record sales almost always concern properties that have been completely renovated and decorated in a contemporary, luxurious, and refined style.