Paris Architecture: How to spot a Hausmannian building

Although Paris is often considered the most beautiful city in the world, much of its appeal is thanks to Baron Haussmann.  This Seine region prefect from 1853 to 1870 completely redesigned the capital.  This 20 year renovation changed the face of medieval Paris forever.

Georges Eugène Haussmann had a mission to “aerate, unify, and beautify” Paris.  During the period when he was named préfet de la Seine in 1853, the capital had already undergone some modernization under the impetus of prefects Rambuteau and Berger.  But Paris still remained a maze of small, narrow streets.  Hygienists estimated that the combination of narrow streets and tall houses prevented proper air circulation and thus spread diseases.

To rectify this, Baron Haussmann created large avenues in Paris and new buildings.  The new, larger avenues were designed to offer views on monuments, fountains, and the like.  Perhaps the most genius aspect of the urban redesign was the idea of putting businesses on the ground floor and residences above.  Most cities suffer from being vacant at night when workers leave their work places and return to their suburban homes, while the suburbs are likewise empty during the day times.  The Haussmann redesign creates a vibrant city center that buzzes day and night with life.

These famous Haussmannian buildings obeyed strict rules of appearance, giving them balance and symmetry.  The prefect decreed that the facades of these buildings must be made of dressed stone and be the same height along the entire street or block.  This rule, however, is only imposed on the facade of the building, overlooking the new road.  This is why the “backs” of certain buildings don’t look like their front.

A typical Haussmann-style building at 60 rue de Châteaudun in the 9th arrondissement.

Balconies on the 2nd and 5th floors

The height and width of the building must also meet certain criteria.  This is why Haussmannian buildings are never more than 6 stories high.  The division of floors obeys strict social hierarchy rules.  On the ground floor, local shops were located on either side of an entryway, large enough for horse-drawn carriages to pass.  The managers of said boutiques lived on the first floor.  Here, the ceilings are often low.  The walls are à bossage, meaning that an extra layer of stone projecting outward from the building, has been laid, either for decoration or to reinforce the wall.

The second floor was reserved for the richest, as it was far enough away from the street without being too much of a climb.  These nobles enjoyed higher ceilings (3.2 meters) and balconies that stretched the entire length of the building.  The more modest bourgeois lived on the third, fourth, and fifth floors, where they endured daily climbs in the era before elevators.  The third and fourth floors are similarly styled, but with less detailed window frames and successively lower ceilings.  Residents of the 5th floor had balconies, as well, but only for esthetic purposes, as Haussmann wanted to create symmetry with the 2nd floor.  These balconies were often less detailed.  Finally, on the 6th floor below the 45 degree roof, were where the chambres de bonnes were located.  This is where the domestic help stayed.  Today, these maids quarters are often turned into small studios or used for storage. 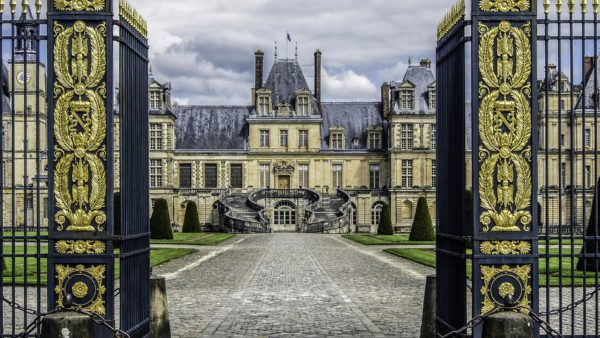 Movies set at a Parisian historic monument: how much does it cost?
French singer Aya Nakamura unveiled a music video back in April, shot at the Château de Fontainebleau.  Much like Nakamura, French and American stars frequently use Parisian monuments to showcase their songs… historical settings that can be expensive.   Aya Nakamura chose the Château de Fontainebleau for the music video of her latest title “Pookie”.  […]
Search
Find us on
Facebook
Get the PPG Monthly newsletter