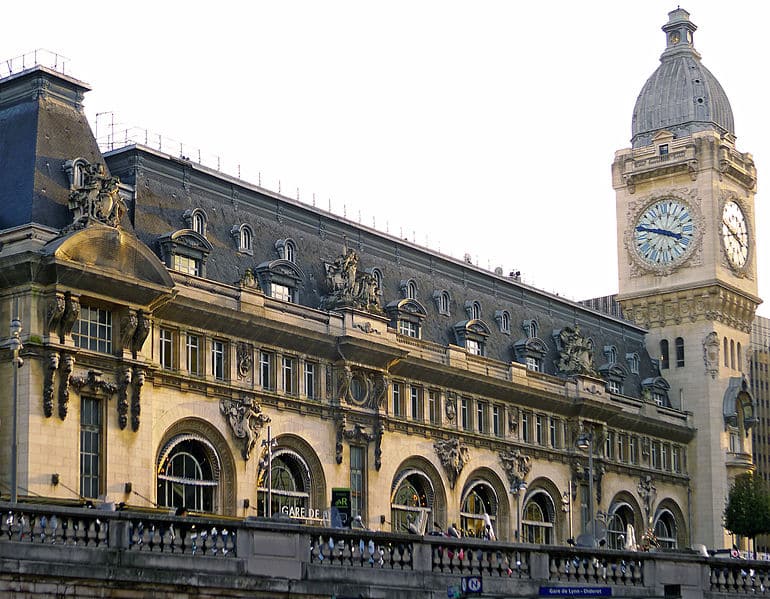 Paris 2024: Plans for a major renovation of Gare de Lyon are underway

With the addition of a shopping mall, new entrances, and a new exterior, Gare de Lyon will be completely renovated by 2024. Preparatory phases have just begun. Computer-generated image of the future rue de Bercy, which will be solely devoted to public transport after redevelopments.

With Gare du Nord set to be completely remodeled and tripled in size by the 2024 Olympic Games, plans for Gare de Lyon’s redevelopment have now been revealed.  A major overhaul of the station’s southern wing towards rue de Bercy is planned, which will allow it to more easily welcome the expected increase in passenger traffic linked to eventual neighborhood revamping projects. It is estimated that the new station could service 190 million passengers annually in 2024, compared to 160 million today.

The undertaking will have as much impact inside the station as it will outside the station, most notably on rue de Bercy.  SNCF, RATP and the City of Paris, the three teams behind the project, have launched a community consultation forum, allowing residents and transportation users to give their opinion regarding the project until July 8th.

A 3,200 m2 extension to the station has been planned to accommodate a new shopping mall. It will be built under the allée de Bercy, a raised passage above rue de Bercy, and sport a glass exterior along its entire length.  Two new connections will be created to link above-ground trains and the underground metro station (RER A and D and metro lines 1 and 14) more fluidly.  Finally, as part of plans to lengthen the passageway leading to the Centre Gamma shopping mall, the main southern entrance of the station will be covered with a large glass roof in order to make it more easily identifiable.

As for the roads surrounding the station, developments will be equally as significant and will result in less dedicated lanes for motorists.  Rue de Bercy will be reduced from four lanes (two for buses and two for cars) down to two lanes, and reserved exclusively for public transportation and taxis.  An open square for pedestrians near the station and bike lanes towards the Seine will complete the transformation.

The rue Van-Gogh tunnel (passing under the esplanade of the station) will also lose two of its 4 lanes to a 450-space bicycle parking area in one of the current tunnel entrances.

Although building permits will be submitted in 2020, construction won’t start until the following year. Construction should be completed by 2024.