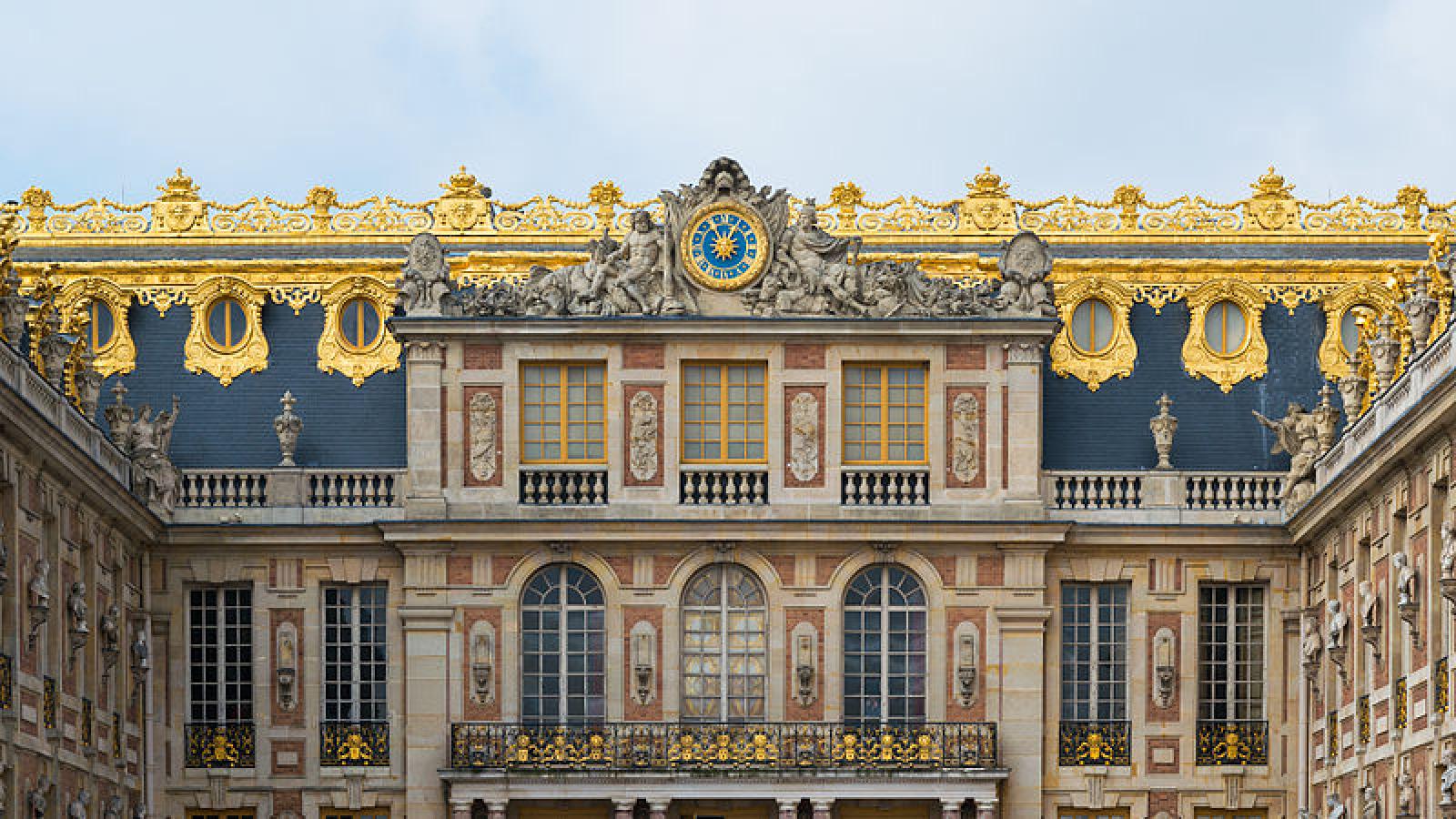 Luxury brands: the new patrons of the Château de Versailles

At the Château de Versailles, Cartier, Louis Vuitton, Chanel, Breguet, and Hermès have replaced the Rockefellers and David-Weills of yesteryear and contribute to the smooth running of the château through financial donations or sponsorship.

Carved into the walls of the lower galerie de pierre, a statue-lined walkway leading to Versailles’ Opéra Royale, are the names of the château’s greatest financial patrons since 1837.  On this list, luxury brand names have taken the place of financiers, they themselves succeeding the industrialists who had in turn supplanted dukes and countesses.  When Versailles’ fixed 123 million euro annual budget runs dry, it is today’s luxury brands that provide the financial means necessary to correct a sloping roof, refinish a sculpture, or refresh any one of the palaces intimate outdoor groves.  These same luxury brands are also behind Versailles’ contemporary art acquisitions and exhibitions, such as those of Jeff Koons or Anish Kapoor, which make headlines but are extremely expensive.

A view of the lower galerie de pierre.

Between 2012 and 2018, luxury brands formed 19.38% of the establishment’s financial backing, with the rest coming from business, banking or real estate donors, such as the Fondation Philanthropia, Renault, Emerige, and Engie.

Although far from the majority, luxury sponsorship is well suited to Versailles.  A 2003 French sponsorship law stipulates that 2% of each financial donation must be returned to the donor in the form of an exchange.  The donor can then spend this credit, as it sees fit, for the duration of the restoration work, with the possibility of an additional extension of one or two years.  This alliance benefits luxury brands, who are always looking for flamboyant places to launch products, film commercials, or host events, and the château, whose €50-60,000 charge for use of the space makes an ideal compensation.  Donations are also corporate tax deductible at 60%.

Use of the galerie des Cotelle in the Grand Trianon costs €50,000.

Capitalizing on the castle

To make the most of this potential, Catherine Pégard, President of the establishment since 2011, successfully employs her sharp mind as well as her thick address book: in 2018, corporate sponsorship represented 22% of the château’s income, compared to 9% in 2017.  For each project, the ex-journalist at Le Point must appeal to the donor while remaining invested in the needs of the château. For Pégard, it’s all about balance, restraint, and sensitivity, as in the time of the Bourbons.

When, in 2013, the institution had to think about restoring the Queen’s Hamlet, Pégard personally visited Bernard Arnault, owner of the LVMH group, and Sidney Toledano, CEO of Dior Couture at the time, touching a nostalgic cord: the designer had used Versailles as the inspiration for his collections since 1947. “Christian Dior had understood that, in devastated post-war France, Versailles appeared to be untouched,” recalls Olivier Gabet, director of the Musée des arts décoratifs and organizer of the “Dior” exhibit that took place there in 2017.  “We remember the Nazis on the Champs-Élysées, and Hitler at Trocadero, but Versailles, after the war, remained the symbol of French civilization.”  More than sixty years after the death of its creator, Dior contributed 5.5 million euros to the restoration of the Hamlet and, in exchange, used the premises to shoot commercials for its “Secret Garden” campaign, with singer Rihanna, and for its perfume “J’adore”, with actress Charlize Theron.

Most recently, Pégard secured financing from Rolex for the restoration of Louis XVI’s bureau, most notably for the clock adorning Louis XV’s roll-top secretary.  To date, the brand had only ever been involved at the Musée des arts décoratifs, where they backed renovations of the galerie des Bijoux.  In May 2017, an international show-jumping competition hosted by the château and sponsored by Rolex provided an excellent opportunity for an exchange, in which Pégard reminded the brand that, if by chance, ties between the two strengthen, the brand’s managers and guests could benefit from a private tour showcasing the clocks of the palace.  Pégard met the team again in September 2018 during the Ryder Cup, probably taking the opportunity to praise the complex mechanism of the clock atop the roll-top Riesener secretary, a masterpiece in great need of restoration.  A luxury brand with a strong presence in the North American market, Rolex will no doubt take advantage of the fact that it was in this very office, overlooking the royal court, that Louis XVI received Benjamin Franklin, one of the Founding Fathers of the United States.

Louis XV’s roll-top secretary was designed between 1760 and 1769. Jean-François Oeben initially designed the piece, while Jean Henri Riesener completed it.

The allure of Versailles

Few French institutions appreciate luxury brands as much as Versailles does, not even the Louvre or the Musée des arts décoratifs. “The equation is simple: Versailles = France = luxury,” states Olivier Gabet. “With Louis XIV, Marie-Antoinette, and Napoleon, Versailles has a winning trio of internationally known historical personalities. It is a most magical and imitated site, ticking all the boxes: symbolic, historical, aesthetic.”  It was there, in the 17th and 18th centuries, that the French art de vivre truly took form, giving rise to the renown of the cabinetmakers, weavers, master glassmakers, and bronze-workers who made and continue to make France stand out in the art world.

Interestingly, the palace is not at all seen as a symbol of political power in France.  ”Versailles is an untouched and untouchable place,” says Christophe Rioux, a specialist in luxury and creative industries and a professor at Sciences Po. “What saves this institution is that it is not a place of power, like the Senate or the Elysée, but a showcase of power.”