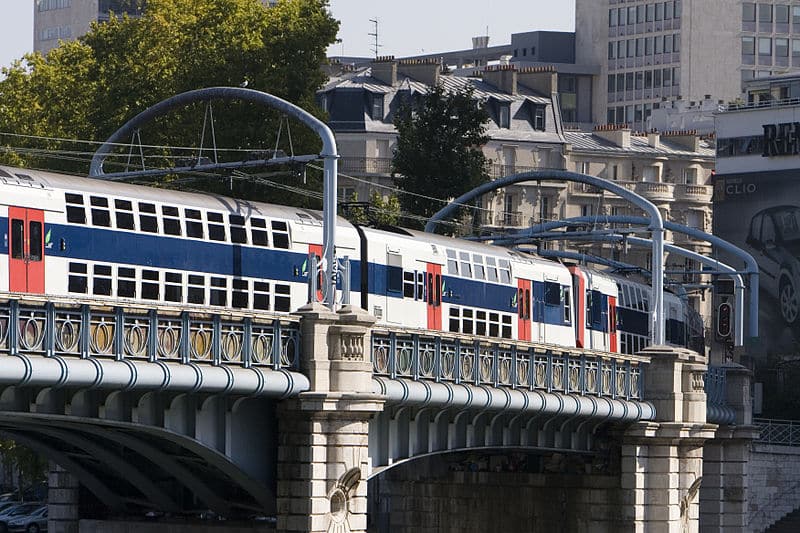 A recent study on the impact of the Grand Paris metro expansion on more than twenty suburbs in the Île-de-France region shows prices are up more than 10% over the past year in about ten suburban cites that will benefit from the new metro lines.

With 200 km of track and 68 new stations, the Grand Paris Express will eventually transform the lives of 10 million inhabitants by halving the time it takes to travel between the 1,300 peripheral municipalities connected in the Île-de-France region.   Four new lines will be created (15, 16, 17 and 18) and four others will be extended (4, 11, 12 and 14) to better connect Île-de-France by 2030. While it will take more than 10 years for the entire project to be completed, some lines have been identified as priorities and will be completed sooner, with the first metro stations expected to open in 2020-2021.

Despite this timeline, however, the ambitious undertaking is currently rewriting real estate price maps throughout Île-de-France,  driving up property prices in some towns.   Strong price movements are taking shape both within cities where construction is already taking place, and even within other cities where construction has not yet begun.  One thing is for certain, though: when the cranes appear, things take off and accelerate.

Prices on the rise in la petite couronne

Quite logically, the Grand Paris metro expansion project is boosting prices in Paris’ immediate suburbs, which are often already target markets for Parisian households leaving the capital to own property.  Their attractiveness, therefore, has been sustainably strengthened.

In this category, Issy-les-Moulineaux beats all records with prices rising by 19% year-on-year (between the first half of 2017 and the first half of 2018) to 8,621 euros/m2 on average. The commune on the south side of Paris is expected to profit from the arrival of line 15 in 2024, which will connect the Pont de Sèvres station to the Noisy-Champs station.

North of the capital, Saint-Ouen is in the lead, already benefitting from the promise of the future extension of line 14.  The city of Seine-Saint-Denis shows prices per square meter up 18% year-over-year, now at an average of 5,321 euros. The opening of the line, which has been postponed several times, is scheduled for completion in 2020.

More surprisingly, though, some cities are seeing property prices soar, although the Grand Paris project is still only a distant project set for completion in 2030. Among them, Clamart is progressing most rapidly. The price per square meter increased 20% in just twelve months, now reaching an average of 5,949 euros. Here again, the city will benefit from the line 15 south. Another area that is taking off: Nanterre. The city recorded a price increase of 17%, giving rise to a current average of 4,671 euros/m2.  Here, the arrival of the line 15 west will connect Pont de Sèvres to Saint-Denis Pleyel. Nanterre will also accommodate part of the future line 18, which will connect Versailles to Saint-Denis-Pleyel.

In Athis Mons, prices jumped 15% year-on-year to 2,874 euros per meter squared.  A short distance from the airport, the city will benefit from the line 18 directly connecting Orly with Versailles and from the southern extension of the line 14. We should also mention Drancy, where prices remain moderate (2967 euros per meter) but are rising sharply (+17%). The city is located on the future line 15 east connecting Saint-Denis Pleyel in the north of the city to Champigny in the east.

While the effect of the Grand Paris Express is undeniable, some cities are not experiencing any particular price increases or decreases at this time. While it is certain that the cities closest to Paris and those whose Grand Paris Express metro stations will open by 2020 will be the first to benefit from the project, it is still too early to predict the future of the other municipalities, further from the capital or appearing less attractive to date.

This is the case, for example, in Villejuif (+1% over one year) and Cachan (+1%).  However, according to Guy Hoquet, these are among the most promising cities for investors, particularly Villejuif, which will be at the crossroads of lines 14 and 15 south of the capital.  In Vanves, the price per square meter remains stable at 5,799 euros on average, as in Argenteuil (2,362 euros) and Sevran (2,032 euros), which have shown an increase of 1% in 1 year.

Interesting to note, some cities have even seen their prices drop strangely over the past year: Rueil-Malmaison (-10%), Viry Châtillon (-4%), Chaville (Hauts-de-Seine) (-6%) and Bagneux (-3%). However, in the case of Rueil Malmaison and Chaville, we see a market rebalancing effect, since prices in these two cities had increased from 7% to 9% per year in recent years.  As for Bagneux and Viry Chatillon, these cities appear to have little going on, and are therefore, unsurprisingly, less in demand.

Although these figures represent only those covered by the Guy Hoquuet study, based on transactions carried out between January 1st and June 30th 2018, one thing is certain: the geography of the Parisian real estate price map continues to evolve, and will be redefined as stations are opened or construction work delays come about.  According to French economic magazine Capital,  while the general upward trend is undeniable throughout Paris and the surrounding cities in the Île-de-France region, one-year inflation was about half as low.

Interested investors, however, shouldn’t wait too long to act.  Logically, all cities along the new metro or RER stations will see an increase in price per square meter. Not only will your property increase in value, but interest rates remain historically low, so if you’re interested in suburban Paris property, it may be time to invest.

Location should also be taken into account.  The closer you are to a subway or RER station, the higher the value of your property is likely to go.  Don’t just look for the lowest price per square meter.  In cities like Argenteuil (Val-d’Oise), Aubervilliers and Sevran in Seine-Saint-Denis, or Champigny-sur-Marne (Val-de-Marne), think twice before you start. A property that meets most of your criteria must also please you, because you will spend several years there.  Look at the living environment, shops, and renovations and construction in progress in the immediate surroundings.

It is also important to ensure that your future apartment or house is close to public services related to children: schools, nurseries, sports fields, etc. must be easily accessible in order to hold value.