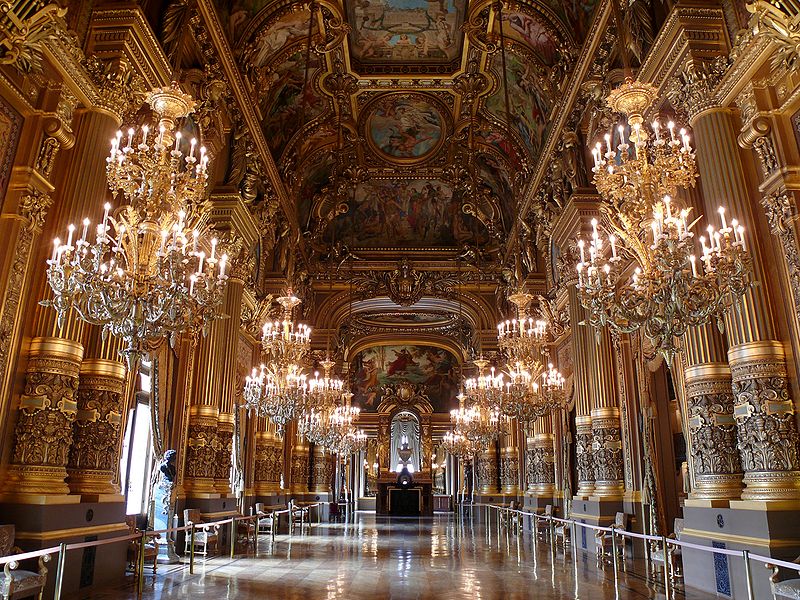 In the Grand Foyer of Paris’ Palais Garnier opera house, evening dresses and tuxedos have given way to more casual outfits.  And for good reason.  The performers are resting, and actors have replaced them.  For the first time ever, the Palais Garnier has opened its doors to an escape game dubbed “Inside Opéra”, a life-size investigation taking place between the Grand Foyer, the Grand Escalier, and the orchestra.  The goal: to find the musical notes of the score of Mozart’s “The Magic Flute,” without which the conductor cannot lead his orchestra. 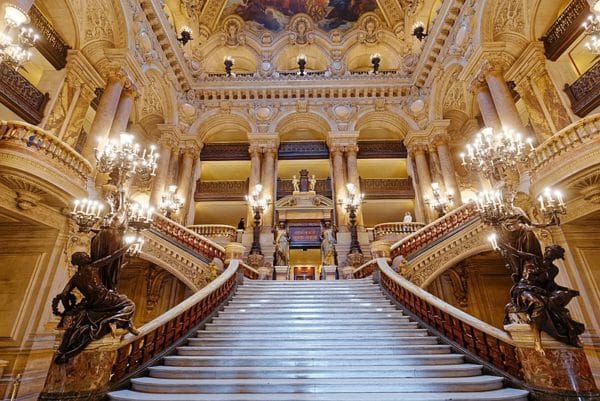 This was enough to convince the team at ELLE.fr to take up the challenge, testing the experience for their readers. After arriving in casual outfits, fit for such an investigation in such an immense space, the team is offered a white opera mask and sets off on their exploration.

What secret does the Salon du Glacier hide in it’s ceiling? How did architect Charles Garnier manage to insert himself into the ceiling of the Grand Foyer? Will the ambience of candlelight somehow enlighten you in your search for the missing music notes?  Participants have one hour to solve several small puzzles, which over time will give access to the final notes of the score.  If you play music, you may even be allowed to join the orchestra after your time is up, as they perform the piece for participants. 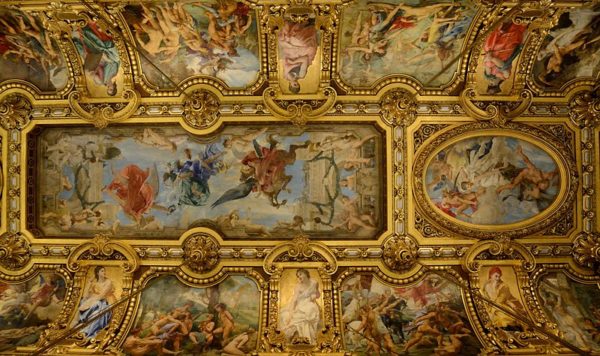 From one room to another, the team discovers the secrets of the Opéra, their heads often raised towards the ceiling and they dissect paintings, look for clues in the statues, and pause to brainstorm in the light of oil lamps.  If at any moment you hit a wall, fear not, the Queen of the Night (or a stage worker) can guide you in the right direction.

After their triumphant quest, the ELLE.fr team reports that their sole regret was not being able to roam around the main auditorium area or traipse about the stage.  A small price to pay for such a unique experience in one of Paris’ most iconic venues.