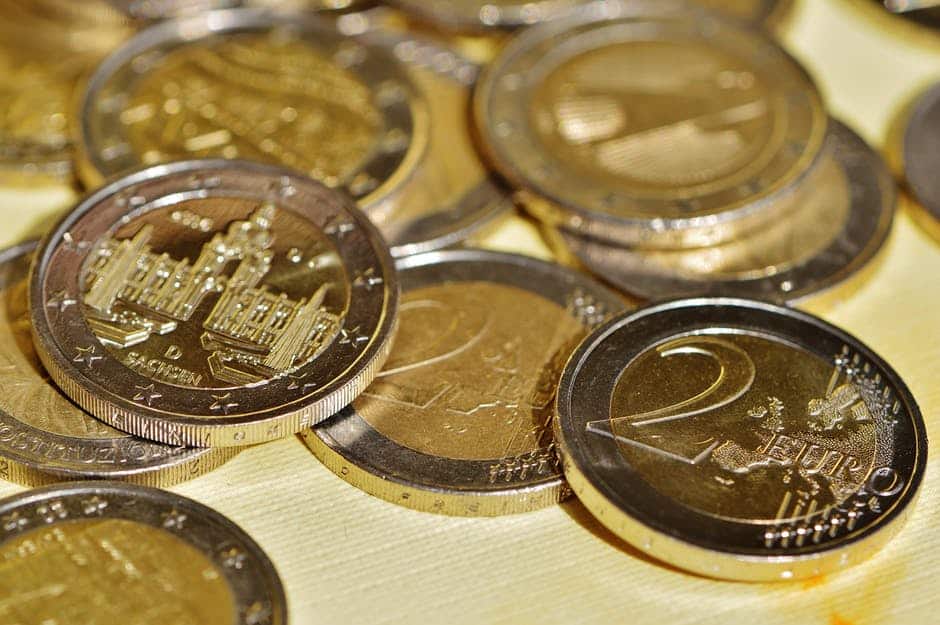 As real estate prices continue to rise in France, property buyers can rely on low interest rates and minimal down payment requirements to offset cost.

Financing conditions are so favorable, that between the first semester of 2016 and the second semester of 2017 “it was possible to buy without any down payment”, says Lauren Vimont, President of Century 21 France.

Since the beginning of this year, however, a small down payment was necessary in order to finance an acquisition.  According to statistics compiled by Century 21 France, an average of €3,148 was the necessary down payment needed to buy a home at €214.385, this amount being the average cost of property across France.  This is only 1.5% of the total price of the property. In other words, with a monthly mortgage payment of €1,000 over 20 years, an individual can obtain €211,237 of bank financing. This is nearly €60,000 more than in the first half of 2011, where buyers would receive, on average, €160,800 euros of bank financing to buy a home at a price of €210,438 euros. 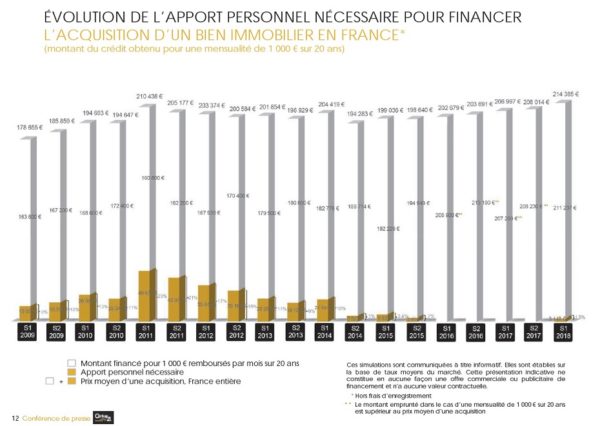 white and gold: average price of an acquisition in France

According to the mortgage broker Capfi, current interest rates reached an average of 0.75% over 10 years at the beginning of July. Count 0.95% for a loan over 15 years, 1.25% over 20 years, and up to 1.30% over 25 years for French buyers.   Kathryn Brown, of Paris Property Group says rates for non-French buyers range from around 1.5% to 2.5%, with up to 100% financing available for high net worth individuals.

Although rates are currently very low, the historical records set in the fall of 2016 have not been surpassed.   “However, occasionally, it is possible that these record lows are surpassed for potential buyers with the best financial profiles, because banks are competing to attract this type of customer,” says Philippe Taboret, deputy general manager of Cafpi. In June, the brokerage company financed several homes at rates of less than 1% over 15 years.  In other words, these borrowers have a negative real interest rate, said rate being inferior to the rate of inflation.

Credit brokerage Vousfinancier has observed exceptionally low rates since the beginning of July as well:  “Many banks have launched special pricing campaigns, good for the entire summer.  We’ve thus noticed, again like we did in 2016, mortgage rates accorded at less than 1% over 15 years and less than 1.3% over 20 years!” analyzes Sandrine Allonier, spokesperson of Vousfinanier.  With this current policy of low rates, these banks also hope to preserve the purchasing power of first-time buyers.

These very low rates favor savers who want to invest in long-term property ownership. “The decline of 10-year OATs (Obligations Assimilables du Trésor), or French government bonds, which fell to 0.71% in June 2018, has benefitted mortgage rates,” said Laurent Desmas, chairman of the board of directors at CAPFI. “This fall is explained by the political uncertainties in Italy. In this context, France was seen as a refuge, with the result of a lowering of OAT rates.”

Jauffrey Lanszen, spokesperson of the credit brokerage Immoprêt, observes: “we are at a stable point concerning these pricing conditions, but don’t expect rates to drop any more”. In any case, not more that they have in the last couple of months.  However, do note that financing conditions should remain favorable until at least the end of the second semester of 2018, “because the banks are late on their objectives.”